“Now that you have come through the LINC programme, you have the opportunity to make a very positive impact, both individually and collectively, on all those working alongside you and on the lives of children,” stated Dr Fergal Lynch, Secretary General, Department of Children and Youth Affairs—speaking today (Saturday 27 October) at the LINC conferring ceremony at Mary Immaculate College (MIC).

Dr Lynch was Guest of Honour at a conferring ceremony which saw the second cohort to graduate from the Leadership for INClusion in the Early Years (LINC) programme. This year the programme saw 852 students from 28 counties being presented with a Level 6 Special Purpose Award.

LINC, established in 2016, is a higher education blended-learning programme designed to enhance inclusion of children with additional needs in early years’ settings through the development of the 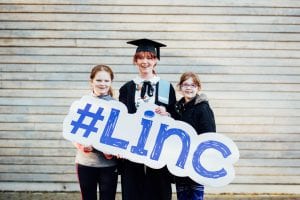 No Repro Fee
Cathryn Cummins from Drumlish who graduated from the Leadership for INClusion in the Early Years (LINC) programme conferring at Mary Immaculate College with daughters Aoife and Niamh.
Pic. Brian Arthur

role of Inclusion Coordinator. The programme, offered by a consortium led by Mary Immaculate College and including Early Childhood Ireland and Maynooth University – Froebel Department of Primary and Early Childhood Education, is part of a Government commitment to the provision of high quality education and training in the field of early childhood care and education and was introduced as part of the Access and Inclusion Model (AIM) in 2016.

Speaking at the packed event Secretary General, Department of Children and Youth Affairs, Dr Fergal Lynch said: “The LINC programme is a key initiative under AIM, which is designed to ensure that children with disabilities can access and participate in the Early Childhood Care and Education programme (ECCE) to the fullest extent possible.”

He commended the graduates on their dedication to the programme saying; “Through your hard work and dedication in successfully completing the LINC programme, you have not only achieved a great personal success, but you have also demonstrated your commitment to the inclusion of children with additional needs and to the ongoing professionalisation of the Early Years sector.”

Also offering congratulations was Fintan Breen, National Coordinator for the LINC Programme who said: “On behalf of the LINC Steering Group, I am delighted to congratulate all of our new graduates who have successfully completed the programme over the past year. I wish them the best for the future and know that they will ensure that all children are included within early years’ settings across Ireland as they take up their new role as Inclusion Coordinator. I would also like to compliment the wider LINC team for their dedication to inclusion in the early years and for enabling all of our graduates to reach this fantastic milestone. Their efforts are also the reason why LINC won and was shortlisted for so many awards this year. I am also delighted that the DCYA has recognised the LINC qualification for ‘room leader’ status, adding emphasis to the important leadership roles within the sector and highlighting the quality of the LINC programme qualification.”

Watch: 852 students graduated on Saturday from the LINC programme, Megan Ennis was one of them and has a heroic tale of what she encountered in her roller coaster year, you can watch her story here. 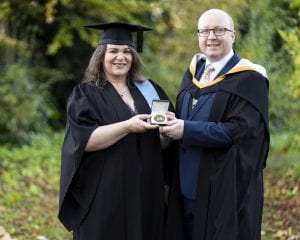 REPRO FREE
27/10/2018
Pictured recently at the Leadership for INClusion in the Early Years (LINC) programme conferring at Mary Immaculate College was Emma Tallon, from Dundrum, Dublin, who was awarded with a College Gold Medal for achieving first place on the programme. Pictured here with Fintan Breen, National Coordinator for the LINC Programme.
Don Moloney / Press 22

Commenting on the graduate’s achievement, Teresa Heeney CEO of Early Childhood Ireland added: “On behalf of Early Childhood Ireland, I am delighted and very proud to congratulate this year’s LINC graduates. This represents a fantastic achievement and the number of graduates– 852 in total from 28 counties – is testament to the significant and very positive impact of this programme since its introduction. Huge congratulations to everyone graduating today and I would like to wish them the very best of luck in their future careers.”

This sentiment was echoed by Professor Marie Mc Loughlin, Head of the Froebel Department of Primary and Early Childhood Education, Maynooth University who commented that “the LINC programme offers an invaluable opportunity for early childhood educators to engage in high quality professional development which has the potential to transform their practice in the area of inclusive and special education and develop capacity for leadership within early childhood settings for the future”.

Earlier this year the LINC programme was awarded the prestigious Jennifer Burke Award—an annual accolade which recognises and rewards innovative practice in the areas of teaching and learning.  LINC received the award for a submission that highlighted the innovative nature of its framework entitled, Competency-Based Framework ensuring the Inclusion of Children with Additional Needs in Early Years’ Settings. The Competency Framework, Reflections for Inclusion, forms the basis of the programmes student learning experience. In 2017 the programme won an Education Award in the Best Online Learning Experience category. The Education Awards recognise, encourage and celebrate excellence in the third level education sector in Ireland and as such was as acknowledgment of the transformative power of blended learning to impact on children, families and early years’ education through fostering an inclusive culture and developing inclusive practices in early years’ services across Ireland.

The LINC programme is free of charge to participants and employers, and is funded by the Department of Children and Youth Affairs, Department of Education and Skills and the Dormant Accounts Fund. Settings with an ECCE contract can nominate an employee for LINC and the nominee must have a full Level 5 Award or higher in a relevant discipline. While over 80% of the programme is delivered online, the classroom based sessions are offered in eleven regional centres in order to ensure access to practitioners across the country. The centres for 2018/19 are Donegal; Dublin City; Dublin South; Dublin West; Galway; Louth; North Wexford; Offaly; Sligo; Tipperary and West Cork.

The LINC programme will open for applications in March 2019, further information can be found at www.lincprogramme.ie. 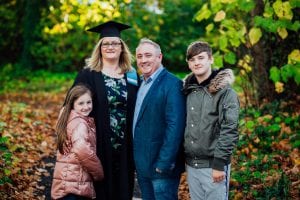 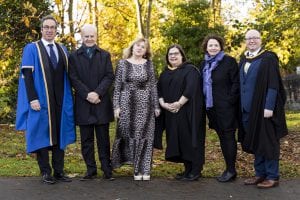